Why narcissists need you to feel bad about yourself 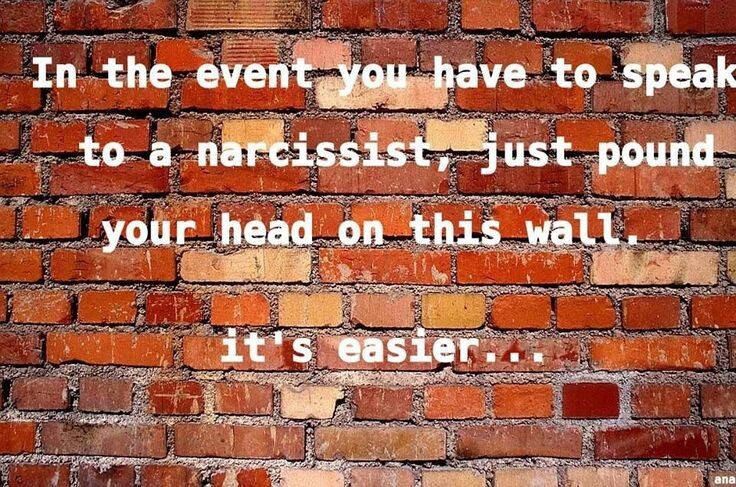 Why narcissists need you to feel bad about yourself

From childhood teasing to adult put-downs, it’s no fun to be on the receiving end of an insulting comment. Try as you might to ignore the insult, part of it may stick, and you worry that there truly is something truly "wrong" with you—that you really are "stupid," "ugly," or a "jerk."

You might assume that those who insult you aren't intentionally trying to make you feel bad. You might imagine that they think they’re being funny, or believe they’re showing affection, being familiar enough to prod you with a few well-placed barbs. Insults may stem from an inadvertent snub, such as sending you an email saying you weren’t selected for something you felt you deserved—a restaurant manager, say, implies that you’re not high enough on the “A” list to merit a reservation at the height of the dinner rush.

Some insults bounce off your skin, but others can stick with you for decades. You may never forget the time your father-in-law commented negatively about your earning potential, even though years later, you comfortably contribute to the household income.

Insults can also tap into your defensive vein, sometimes to ill effect. You may decide you’re going to prove your father-in-law wrong by loudly announcing your latest pay raise at every possible occasion. This causes others—who have likely forgotten about that original insult—to perceive you as boastful and arrogant.

Fortunately, most people don’t spend their lives shooting off zingers aimed at hurting others' feelings. The tendency to make disparaging comments seems to be linked to the personality trait of narcissism. For example:

People high on narcissistic tendencies see themselves as being more important than others and therefore deserving of better treatment, a quality called narcissistic entitlement.
These individuals spend excessive amounts of time polishing up their appearance, and believe themselves to be the center of the universe, an extreme form of egocentrism.
The belief that they’re better than everyone forms the core of narcissistic grandiosity, and these people often take advantage of others.They lack empathy, so they don’t realize the impact that their remarks or behaviors have on their targets. They pronounce judgments on people they perceive as inferior—which is almost everyone.

Knowing the qualities of narcissism, it’s pretty easy to see why narcissists are especially likely to hurt others with their comments. However, some regard narcissism as a cover-up for an extreme sense of vulnerability or personal inadequacy. According to this view, narcissists insult others to feel better about themselves. They might be particularly likely to make disparaging comments when they’re feeling threatened in some way, afraid their flaws will be exposed.

Korea University’s Sun Park and Northwestern University psychologist C. Randall Colvin investigated the question of whether narcissists would be more likely than others to adopt a disparaging approach toward others, whether or not they feel threatened. In their words, “Narcissistic individuals create psychological breakwaters to keep threatening information from reaching their highly favorable self-concept” (p. 335). These “psychological breakwaters” may include a protective barrier of personal putdowns toward anyone they think is better than they are.

Previous research showed that narcissists respond aggressively toward others when they feel threatened by, for example, social rejection. They also don’t like it when someone gives them a negative evaluation. In studies cited by Park and Colvin, narcissists were found to criticize the source of negative feedback. Narcissists, they propose, also like to see themselves as high on “agentic” motives of achievement and power. Conversely, people high in self-esteem but not narcissism prefer to set goals that involve getting along with others, or “communal” motives.

Most people rate themselves higher than they rate others (the “better-than-average” effect), but if the logic of Park and Colvin’s study holds true, narcissists should be especially likely to do so with regard to power and achievement. Ordinary people high in self-esteem, however, should do so with regard to how much they’re liked.

To test this, Park and Colvin recruited undergraduate students for a series of studies in which they provided ratings of a “target” (either a stranger, friend, or average student at a university). The personality ratings they made of these targets were judged to be derogatory if they were lower than the so-called “optimally adjusted” person (as determined by the ratings provided separately by mental-health professionals). In each study, people who had scored higher on measures of narcissism were more likely to downgrade their ratings of the target. By contrast, people high in self-esteem overall did not derogate the target.

As it turns out, then, narcissists like to denigrate everyone else, even if there's no direct threat to their feelings of self-importance. For them, insulting others just comes with the territory.

The conclusions, as stated by the authors, suggest that “unlike narcissistic individuals who generally evaluate other people negatively, people with high self-esteem tend to perceive others favorably. This difference implies that there are two distinct portraits of self-love” (p. 342). The self-love involved in high self-esteem doesn’t need negative comparisons with others to keep it going. The self-love of narcissism, by contrast, requires that you see others as flawed compared to you.

Narcissistic people simply look down on others, seeing themselves as superior. Whether they actually feel superior (grandiosity) or are trying to compensate for weakness (vulnerability) could not be determined by this study.

The upshot? Narcissistic people are more likely to make you feel bad about yourself. They’ll be the ones whose negative evaluation will readily turn into a verbal insult or insulting behavior. The best way to counter these feelings is to consider the source. When someone insults you, consider it a reflection of them, not you. And if you find yourself insulting people without knowing why, it’s possible that you have a narcissistic streak that you need to learn to control.